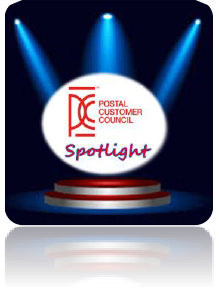 A key objective of the PCC of Providence is to work together as a team to make things happen and be successful.

As with all our PCC family, the PCC of Providence faced the challenge of keeping everyone connected and engaged without hosting their normal networking events. For example, their new program to visit elementary schools to educate the students on proper addressing and then presenting them with a stamp art piece was put on hold.

The PCC of Providence had to rethink programming for the duration of the pandemic. They have found that hosting educational events via Zoom has proven successful. And of course, sharing the many PCC Zoom events across the country has provided more opportunities to connect with other PCC members.

Providence is looking forward to in-person gatherings. They envision their first event to be a tour of the Providence Processing Plant (the first fully automated processing plant in the country). And if they are able to gather by year end, they will host their December holiday breakfast buffet with a guest speaker at a local restaurant

⦁ Education: Works on selecting topics that are relevant and requested by their members, finding speakers, and keeping the calendar organized with other national events taking place.

⦁ Communications: Works with the education committee in putting together announcements and flyers for upcoming events.

⦁ Membership: Concentrates on finding new members to invite to events, keeps up with membership renewals and invoicing, and keeps track of numbers.

The PCC of Providence is currently led by:

Some fun facts about Providence Rhode Island that you may not know are:

2) Dunkin, Honey Dew, Sip ‘n Dip, Bess Eaton … take your pick. A 2010 study found that the Providence metropolitan area has more doughnut shops per capita than any other region in the United States.

4) You can thank Providence for your favorite bling. The costume jewelry industry began here in 1794 when two brothers, Nehemiah and Seril Dodge, invented a method of plating base metal with gold.

5) Get spooked at the Biltmore Hotel. Thanks to six mob-related murders during the Prohibition Era, the Biltmore was named “America’s Most Haunted Hotel” in 2000 and is said to have served as the inspiration for Robert Bloch’s Bates Motel and Stephen King’s Overlook Hotel. Today, guests report doors opening, locks unhinging, and the sounds of voices late at night.

6) Benefit Street is known as the “Mile of History” because it contains one of the highest concentrations of Colonial architecture in the country.

For more information on the PCC of Providence, please visit their website (currently being updated) at: https://www.providencepcc.org 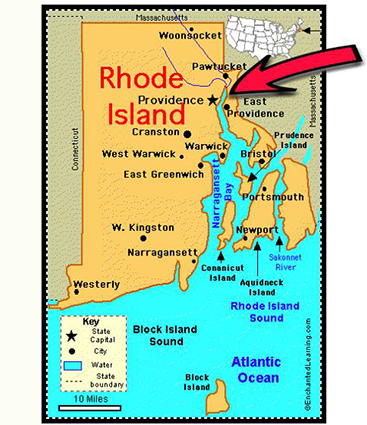